Folded paper vaginas in the fight against FGM

Worldwide, over 200 million girls and women are the victims of female genital mutilation (FGM, or cutting). And, every day, more than 8,000 girls are at risk of being cut. Victims of this form of mutilation struggle with the physical and emotional effects for the rest of their lives, and in extreme cases it even results in their death. To focus attention on FGM we are putting the spotlight on vaginas folded from paper.

For this project we have involved paper artist Mandy Smith, who for many years has been creating all kinds of objects from paper, including vaginas. She models the paper vaginas on photos sent to her by women. 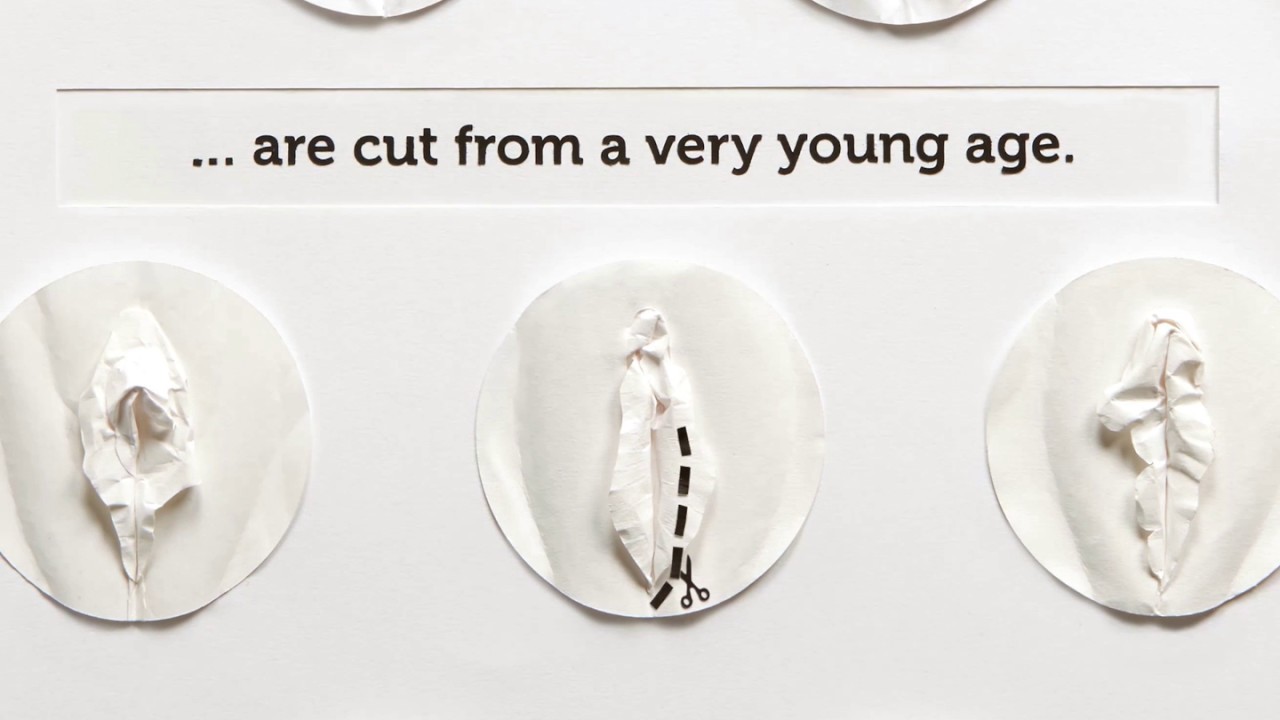 FGM involves either the partial or complete removal of the external genitalia of girls and young women for non-medical reasons. In some cases, the vagina is largely sewn closed.

Who runs the risk of cutting?

Every year, some three million girls run the risk of being subjected to cutting, which works out at more than 8,000 girls a day! Most of them are under 15-years-old. Girls not yet attending school and living in the rural areas of Africa and the Middle East are most at risk. Girls whose mothers are (better) educated run a significantly lower risk.

The consequences of cutting

Cutting causes major health risks that can sometimes even lead to death. Many of its victims struggle with physical, psychological and sexual problems for the rest of their lives. Examples of the kinds of problems it causes include chronic pain, heavy bleeding, infections, menstrual complaints, pain during sex, infertility, complications during childbirth, anxiety and depression. Victims face a significant risk of encountering complaints, both in the short- and the long-term.

There are various reasons for the practice of FGM, but they are always related to traditionally and culturally formed views on female sexuality. Cutting is not limited to a single culture or religion.

What Plan is doing to combat FGM

Several of our projects fight FGM, in countries that include Egypt, Mali, Ethiopia, Sudan and Kenya. We are striving to implement change and awareness at different levels, for example, in government, among local leaders, the women that traditionally do the cutting (it is almost always done by women), as well as parents and the girls themselves.

Help us in the fight against FGM. Any amount is welcome. Your donation will go towards a project in Mali to fight the cutting of girls. You can donate using IBAN: NL11 RABO 0393 5867 66 / BIC: RABONL2U and ‘campaign FGM’.

Have a look at the presentation given by Mandy Smith about her paper art during TEDx Amsterdam last November.